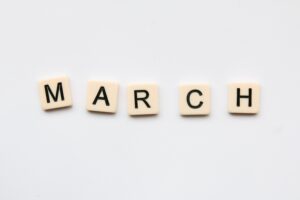 Photo by Glen Carrie on Unsplash

Birthstones are very popular to wear as jewelry and most date back to ancient times when civilizations believed that gemstones had incredible powers such as health, luck and prosperity. And the fun of birthstones is you can enjoy them whether it’s your birthstone month or not!

Our customers often bring in gemstone jewelry into our four Albert’s Pawn stores. We also sell jewelry on our online store. Make sure you visit us regularly because our inventory changes daily in all of our stores. You don’t want to miss finding a bargain favorite gemstone that is just waiting for you!

March is one of the lucky months that has two choices of birthstone: Aquamarine and Bloodstone. Let’s learn about both of these gems. 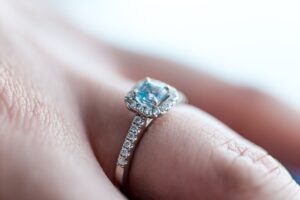 Like the name implies, aquamarines evoke the cool blue green of calm seawaters and has been a favorite among mariners for centuries. It is made from the mineral called beryl which also is what creates an emerald (based on its color: green beryl is an emerald, blue to greenish blue beryl is an aquamarine). The deeper the color, the more valuable an aquamarine gemstone is to purchase. While they do contain some inclusions, they are often not visible in this stunning gemstone.

If you like giving your spouse a special wedding anniversary gift, aquamarine marks the 19th wedding anniversary. Why this birthstone? It’s not really known but thought perhaps its calming color indicates a tranquil marriage. The color also conjures images of Caribbean waters which make for a fantastic anniversary holiday!

Aquamarines are fairly hard (a 7.5 – 8 on the Mohs scale) so they are not delicate to clean. Use mild soap and warm water and scrub with a soft toothbrush to wipe any built up dirt away. It is safe to use an ultrasonic machine with this gemstone.

Brazil is an important site for locating raw aquamarines but it is also found in Pakistan, Africa and parts of the United States.

Photo by Andy Holmes on Unsplash 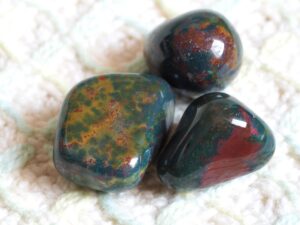 Contrary to the name, bloodstones are not red but green with streaks or flecks of red which resembles blood. A heliotrope, the green is actually jasper with inclusions of red iron oxides. A bloodstone lends itself more to a polished stone (cabochons) rather than faceted ones. While not as flashy as aquamarines, bloodstones are quite beautiful and well suited to pendants, cameos and beads.

Softer than aquamarines, bloodstones need to be carefully cleaned with a soft brush and warm, soapy water. Never use harsh chemicals on your bloodstone and keep it away from extremely hot temperatures. Do not put it in an ultrasonic cleaner.

Bloodstones are found all over the world including the United States. This is a very affordable birthstone to add to your collection.

If you want to read about other birthstones, click on the month here: January, February, March, April, May, June, July, August, September, October, November, and December.

Stop by one of Albert’s four locations to find the perfect birthstone that you are looking for! Albert’s has been family owned and operated since 1927. No matter what part of the Tri-Cities you’re in, we have a location to serve you. With four Albert’s Pawn locations (Downtown Johnson City, North Johnson City, Bristol, and Kingsport) and online, getting top dollar for your items for pawn loans and finding that item you’ve been looking for at an unbeatable price has never been easier. Stop by and see why Albert’s Pawn is the premier pawnshop in the area.