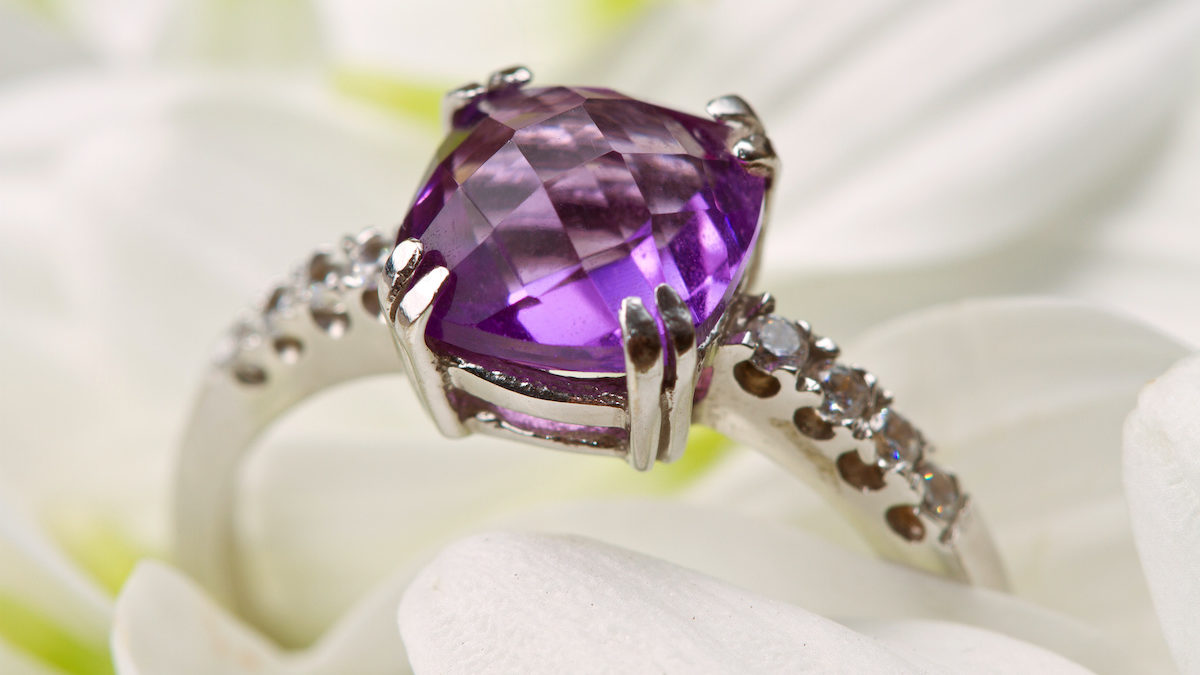 Happy birthday to our February readers and customers! Want to learn more about your specific birthstone? We want to share some interesting facts with you about February’s birthstone. If you are new to birthstones and you want to learn all about their history and meaning, read “Do you know your birthstone and its meaning”?

Birthstones are very popular to wear as jewelry, and they date back to ancient times when civilizations believed that gemstones had incredible powers such as health, luck and prosperity.

Our customers bring in gemstone jewelry each week into our four Albert’s Pawn stores. We also sell jewelry on our online store. Make sure you visit us regularly because our inventory changes daily in all of our stores. You don’t want to miss your favorite gemstone that is waiting for you.

February’s birthstone is amethyst which is a well-known mineral and gemstone. Amethyst is the purple version of the mineral quartz, and it is one of the most valuable and prized varieties of quartz. The name of this birthstone derives from the Greek word “amethystos” which means “not drunken.” Amethyst in antiquity was thought to ward off drunkenness! Because of its wine-like color early Greek legends associated it with Bacchus the God of Wine. Quartz and the mineral family for amethyst is thought to be the oldest gemstone known on record dating back to 20,000 BC.

If you like giving your spouse a special wedding anniversary gift, amethyst marks the 6th and 17th wedding anniversaries, so mark your calendars now. It is said that St. Valentine, who was the patron saint of romantic love, even wore an amethyst ring that was carved with the image of Cupid.

The four primary sources around the world for Amethyst are Bolivia, Brazil, Uruguay and Zambia.

Amethyst was a highly valued gemstone until large deposits were found in Brazil in the 1800s. Its value is mostly derived from the quality of its color. Its rarest variety is a deep purple called “Deep Russian.” Even fine amethyst has a relatively modest price tag. Large amethyst gemstones remain affordable as the price per carat does not rise much as the stone gets larger in size. This makes owning stunning jewelry pieces within most amethyst lovers’ price range.

Amethyst is the gemstone that most people associate with the color purple. However the stone color ranges from a deep cool blue to a reddish-purple. It is also often referred to as “raspberry” in color.

How to Care for Your Amethyst

You will want your beautiful amethyst to be shiny and bright. We recommend that you use mild dishwashing liquid in hot water. Submerge your amethyst birthstone in the solution. Let the amethyst soak in the solution for approximately 15 minutes to allow the mild soap to dissolve grime from the stone’s surface. Then scrub the entire rock gently with a soft bristle brush, such as a clean soft toothbrush. This will give you a glowing amethyst piece of jewelry.

If you want to read about other birthstones, click on the month here: January, March, April, May, June, July, August, September, October, November and December