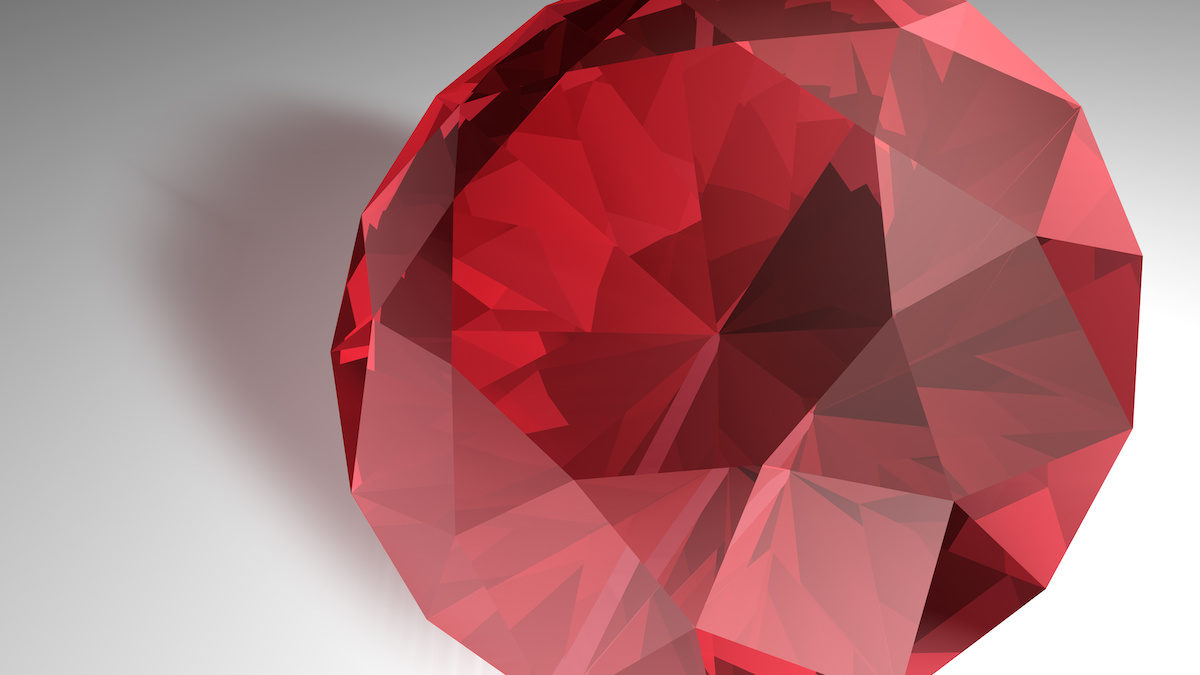 Happy birthday to our July readers and customers. Ever hear about your birthstone? Here is some information all about July’s birthstone. If you want to know ALL of the birthstones, history, and meaning of birthstones, read “Do you know your birthstone and its meaning”?

Second in hardness only to diamonds, rubies are rare and special gems that historically were only available to royalty and the very rich. Dating back to ancient times, many civilizations considered rubies endowed with magical and special properties. Rubies have been said to represent love, health and wisdom and are considered the “king of gemstones.” A variety of the corundum mineral, rubies are the most valuable gemstone, and its value increases based on its color and quality. The finest ruby color is called “pigeon’s blood” and is a very deep red with a little purple.

Several centuries ago, people were not aware of today’s scientific classification of minerals, and the ruby category had to include many other mineral types, including spinel, garnet and tourmaline of red color.

The chemical composition of ruby is aluminum oxide. This is the well-known mineral family of corundum, which basically has two most distinguished members: ruby and sapphire. Only the red corundum specimens are called rubies, all the other colors, including blue, green, brown, yellow, purple and black, are sapphires. Burma, or Myanmar as it is called now, is the oldest known source for rubies. More recently Vietnam has been a fruitful source. Rubies are also found in Mozambique, Pakistan and Afghanistan, among other places.

Large sized quality rubies are very rare, and one would have to pay top dollar to acquire them, which is why the value of a ruby increases with size almost exponentially. This stone measures nine on the Mohs scale and is tough and durable. Diamond is the only natural gemstone harder than ruby.

Rubies are often given to celebrate 15th and 40th wedding anniversaries. You can hand clean your ruby with soap and water and a soft toothbrush or safely use an ultrasonic machine.

If you want to read about other birthstones, click on the month here: January, March, April, May, June, July, August, September, October, November and December.

Albert’s has been family owned and operated since 1927. No matter what part of the Tri-Cities you’re in we have a location to serve you.  With two locations in Johnson City (Downtown and North JC), Albert’s Pawn in Bristol and  Albert’s Pawn in Kingsport – getting top dollar for your items for pawn loans and finding that item you’ve been looking for at an unbeatable price has never been easier. Stop by and see why Albert’s Pawn is the premier pawnshop in the area.