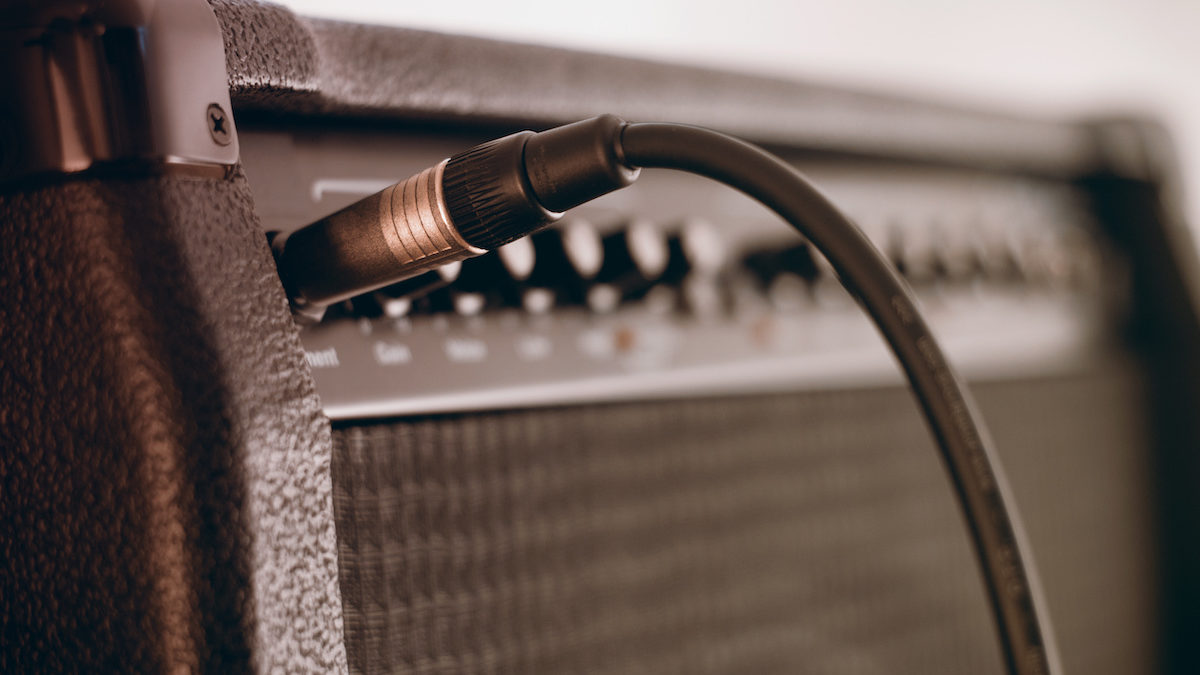 In past blogs, we have discussed in depth the electric guitar. From purchase for a beginner to the various and sundry models that permeate the landscape of the loud, we have tried to touch base with and give a cursory nod to the different types. But as the case with several successful duos, an integral component is often overlooked: the amplifier.

The modern guitar amplifier started off as nothing more than a glorified tube-powered radio. Most of the designs were copied directly from the Western General Electric radio build manual. The first commercial guitar amps were available in the 1930s and were mostly sold to steel guitarists playing Hawaiian music. They were prehistoric in scope, with no tone controls and very low wattage output, approximately 5 watts. The first “popular” guitar amplifier was a pre-Fender K&F amplifier that had more power and bass and treble controls. This was designed for the country swing bands that proliferated in Southern California in the late 1940s. The need for more power and louder guitar amps had begun!

The next quantum leap in amp technology was Leo Fender’s iconic 1950s and 1960s guitar amps. These combo amplifiers (a combo amp is an amplifier that contains the power section in the same enclosure as the speakers) set the standard as the newest form of music blasted off from radio stations across the country: rock and roll. These amps are still coveted and copied by the cognoscenti of guitardom.

In 1965 in England, a music store owner/ drummer named Jim Marshall started to develop an amplifier based on the Fender “Bassman.” England had already fathered a famous amp made by Tom Jennings known as Vox and used by some mop-top young men from Liverpool. Marshall knew that more power was paramount and, while the Vox was a good sounding amp, Marshall knew he could improve the sound and increase the volume. What he didn’t realize was that an expatriate and a member of an up and coming band would revolutionize modern music and make Marshall amps a famous name in rock history. Pete Townsend needed more power and volume. Jim Marshall figured if a 50-watt amp was loud, a 100-watt amp would be much louder. He had experimented with multiple speakers in a cabinet and had built Townsend a cabinet with eight 12” speakers. While louder than thunder, this setup was extremely heavy and unwieldy.  Marshall cut the cabinet in half, thereby creating two cabinets stacked on each other. The soon-to-be ubiquitous Marshall stack was born. Shortly thereafter, a guitarist not of this world stopped by and heard the news and thought if one stack is good, three may be better. Jimi Hendrix took the sound of the Marshall stack and made it a necessity for all hard rock bands to use.

Tube guitar amplification has gained the reputation of the industry standard in classic guitar sounds. The arena of manufacturers is a crowded one, and each brand has loyalists. But all are derived from Fender’s and Marshall’s (and to a lesser degree, Vox) and by looking to the past, the lowly Western Electric circuits of the ’40s. Next, we deal with coming of the space age, the advent of transistors, and the race to solid-state amps.

Albert’s has a complete selection of vintage and “boutique” guitar amps in stock like Divided by 13, Two Rock Tenth Anniversary, and Ugly to name a few. With four convenient locations in the Appalachian Highlands (Tri- Cities), Albert’s is ready to help with your rock ’n roll needs!